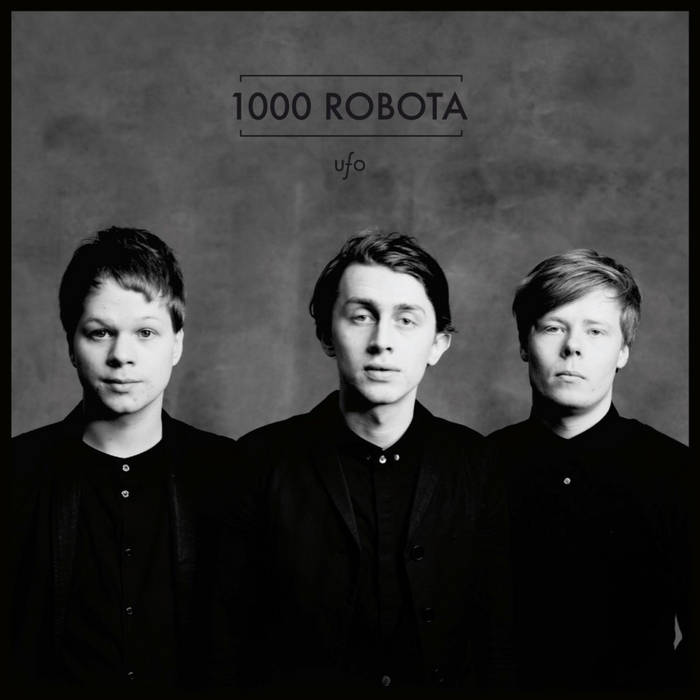 If you’re talking about 1000 Robota, it’s easy enough to reduce the band down to a few specific facts and, out of sheer laziness, throw a tangent on what it’s really all about. Their startling recent dates of birth, the urgency of message and music, that vulnerable antagonism – those are the themes that have dominated virtually every article and piece of media coverage concerning Jonas Hinnerkort (drums & vocals), Sebastian Muxfeldt (bass) und Anton Spielmann (guitar & vocals). And into this trap, born of their listlessness, the press have tumbled, dragging the band down with them. A rumble and crackle swept through the music and media landscape in 2008 when the EP with the T shirt slogan title ‚"Hamburg brennt" (Hamburg’s burning) was released on the local label ‚Tapete Records. Shortly after, "Du nicht er nicht sie nicht" (Not you, not him, not her) was let loose on humanity and the debut album was rapidly encompassed with the nimbus of brilliance that costs bands blood, sweat and tears when it’s time for a follow-up. And here it is, the second album ‚UFO’ and living proof that the band obviously spent not one second trying to recook their recipe for success. The ten songs possess a unique coherence that arises from the logical fact that minimalism and repetition are just as characteristic in Krautrock as in that which is commonly filed under post punk. 1000 Robota dip into both genres and yet avoid simply creating a conglomerate of the two. If their debut album was a sort of wild, lashing out, a loss of control, on ‚UFO’, the band have pulled themselves together almost to the point of implosion. The surface trembles, quakes and palpitates under a tension that seldom finds release and when it does, certainly not where you’d expect it to. Musically and lyrically, 1000 Robota have managed to circumnavigate the great expectations awaiting this album. There is still the ‚them’ and ‚us’, the ‚you’ and the unavoidable ‚I’ in numerous shapes and forms and yet a central concern is to condense and channel those multifarious personal experiences of the past that don’t necessarily exist on an open, benevolent plain. But even if the approach on this album is somewhat more abstract, it doesn’t mean, that ‚UFO’ doesn’t settle old scores. Their own decisions, the way they have been received, the fans and the foes and the walls against which they have run and still have to run to ensure there is always a direction in which to go.

Bandcamp Daily  your guide to the world of Bandcamp